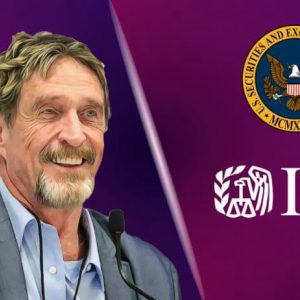 In a recent tweet, John McAfee stated that the McAfee DEX has not been received well by prominent regulatory bodies like the SEC and IRS. Both these organizations had reportedly informed him that he was “wrong” in setting up the anonymous and unrestricted decentralized crypto exchange McAfee DEX. The primary reason behind this stance was …The post SEC and IRS Termed the Creation of Anonymous and Restricted DEX Wrong, Says John McAfee appeared first on CryptoNewsZ.